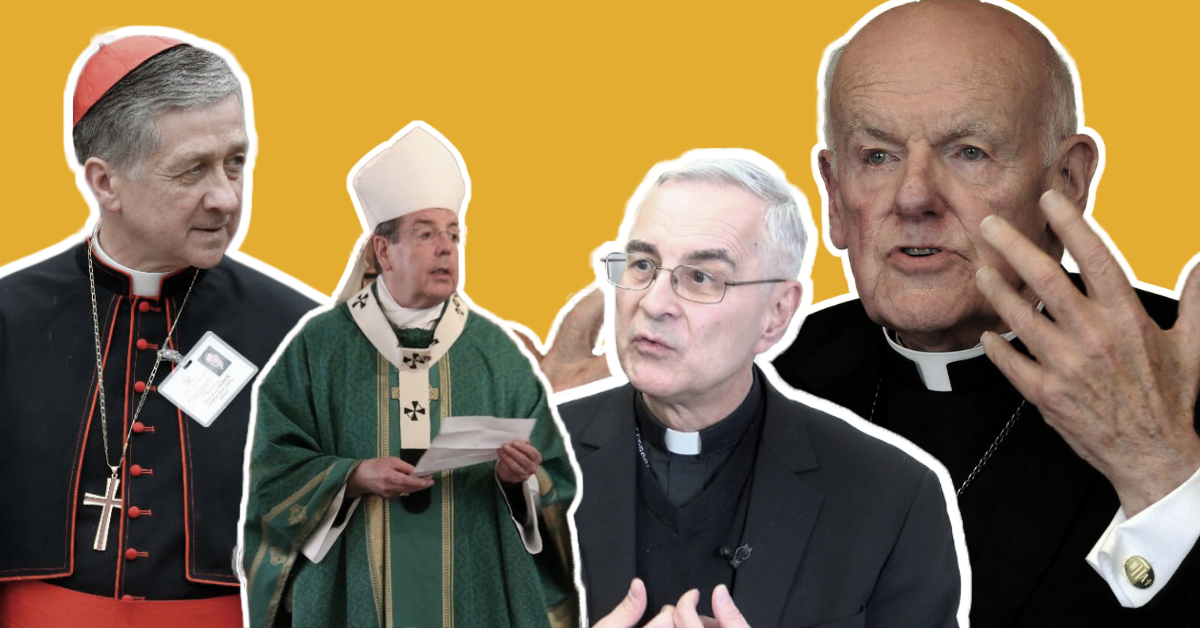 It has been over six months since Bishop Steven Raica was mysteriously transferred to the Diocese of Birmingham, Alabama.  Sources close to the Diocese of Gaylord bureaucracy point to Bishop Raica’s handling of Fr. Matthew Cowan, as well as other administrative mishandlings, as major reasons for the transfer.  Father Cowan accused a fellow priest, the disgraced and now retired Father Dennis Stilwell, with sexual harassment.  The investigation was grossly mishandled and led to the temporary suspension of the whistleblower (Fr. Cowan).  Fr. Cowan has since then been returned to ministry (albeit in another diocese for 3 years) and Fr. Stilwell has retired (although he still says Mass in the Diocese).  Bishop Raica was then assigned to another diocese almost at the same time the Vatican moved to return Fr. Cowan to active ministry.

Since June of 2020, the Diocese of Gaylord has had no permanent bishop.  The activist Bishop Walter Hurley has been leading the Diocese.  Unlike other apostolic administrators, Bishop Hurley has been very aggressive in altering Diocesan procedures and reassigning priests and personnel.  This is usually left to the incoming bishop.

Recent activities regarding the inauguration of the so-called Catholic Joe Biden has shown that there seems to factions within US bishops when it comes to politics.  Could this have an effect on the post being filled in Gaylord, i.e., that of an installed bishop?

On the day of Biden’s inauguration, a communique from Archbishop Jose Gomez, president of the United States Council of Catholic Bishops, was blocked from being released (https://www.pillarcatholic.com/p/breaking-vatican-intervenes-to-spike). It contained criticisms of Biden’s blatantly anti-Catholic stances on abortion as well as Biden’s pledge to reverse conscience protections and religious liberty exceptions to the Department of Health and Human Services contraceptive mandate. The communique was going to be published on the internet on the morning of the inauguration. It was released after the inauguration. Sources close to the situation note that the Vatican wanted a delay (or deletion) of the communique as certain influential hierarchy in the Vatican and the United States are actively political and, in effect, anti-Catholic in their strong support for Joe Biden. Chief among them is Cardinal Blaise Cupich of Chicago, a longtime friend of pro-abortion Democrat politicians.

What does this mean for the Diocese of Gaylord? The selection of bishops for a diocese is heavily influenced by the bishops and cardinals surrounding or nearby the diocese in question or by Church leaders of Bishops’ Conferences. In the case of the Diocese of Gaylord, both Archbishop Vigneron of Detroit and Cardinal Cupich (and maybe even more significantly Cardinal Cupich) have the most influence in who the next bishop of the Diocese of Gaylord may be.  However, the president of the United States Conference of Catholic Bishops also has a vested interest in who the next bishop will be, as this bishop would have voting privileges at the national Bishops’ meetings. Furthermore, the hat of Bishop is looked upon by many as a reward for towing the line with senior leadership in the Church.  Although the office of Bishop should be focused on the spiritual, the actions of numerous bishops (including in the Diocese of Gaylord) reinforce the image of a corrupt men’s club (of homosexuals or gay sympathizers) in direct opposition to Church teaching.  Could the recent tug of war between the president of the USCCB (Archbishop Gomez) and Cardinal Cupich of Chicago lead to a delay in the announcement of a bishop for our Diocese? Will declining Church attendance lead to the Diocese being combined with another Diocese (such as Grand Rapids of Marquette)? Only time will tell. We will continue to monitor this situation closely.