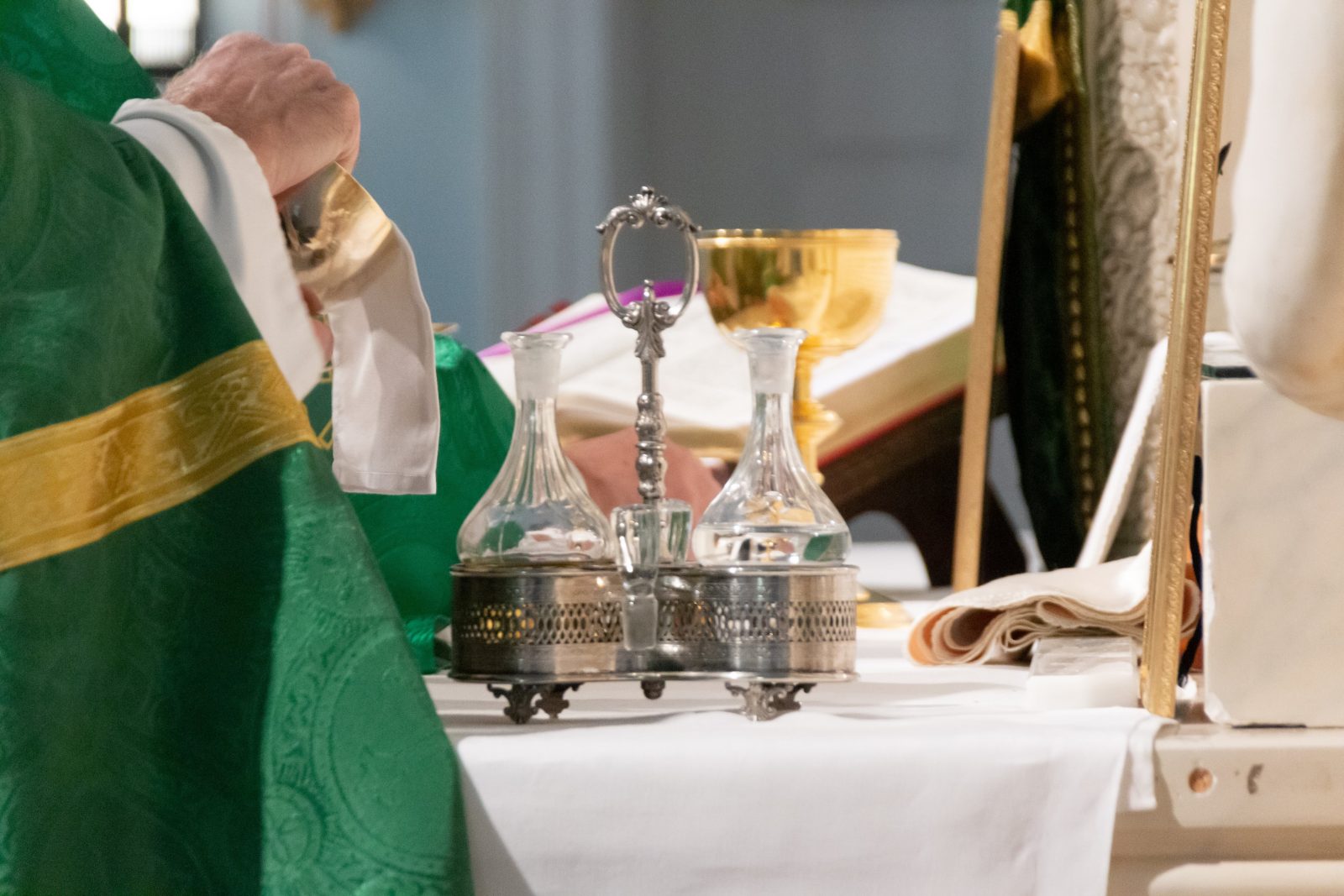 An opportunity to explain and defend Church teaching turned into yet another example of cancel culture – but this time, it was local.  On January 26, 2021, Father Mitch Roman gave a sermon in which he reviewed the Church’s teaching on homosexuality and abortion.  Also reviewed were these teachings in the context of American politicians who call themselves Catholic and promote anti-Catholic agendas.  The sermon was later taken off the internet.  Although we are unable to obtain a copy of the sermon, Gaylord Diocesan Watch has confirmed that the sermon was vetted by strong, faithful Catholics and none of its content was contrary to Church teaching.

Yesterday, the Traverse City Record Eagle published a scathing critique of the sermon by reporter Patti Burgess (https://www.record-eagle.com/news/st-francis-priests-sermon-criticizing-lgbtq-catholics-draws-backlash/article_85037f12-6a2f-11eb-aa94-1755cf0f936d.html).  In the article, she quotes 73 year old self-described lapsed Catholic Jan Chapman who was “enraged when Roman took aim at the LGBTQ community, suggesting that a person cannot be gay and also be Catholic”.  She went on to quote the lapsed Catholic:  “You don’t go to church to be judged,” Chapman said. “How can you do a sermon like that?”  The article also describes the anger of Traverse City’s mayor, a non-Catholic, and his desires, with the usual politically correct verbiage:  “tolerance, diversity, and acceptance.”

Equally or more troubling than the quotes of a lapsed Catholic and non-Catholics was the response of Fr. Roman.  In his defense, only excerpts of the response Fr. Roman gave to the Record Eagle were published.  Nonetheless, what is in the article is very troubling.  He wrote the following:

“I regret that this message caused contention within our community, as the goal was to address the complex situations of our times and not to cause division. My mentioning of specific political representatives or administrations was inappropriate, and in future messages, this will much more carefully be taken into consideration.

“The Catholic Church is never disconnected from the social and moral issues of its day, and it’s important to discern all sides. It is always the intention of the Church and her priests to be the voice of the many significant moral issues at hand, sharing the teachings of the Church, and inspiring us to live according to the Gospel. It is important that this is done in a manner that sows love within the context of truth and Catholic teaching. We support the community and invite all to accept a deeper love of Jesus, and to be positive members of the community.

LGBTQ members are to be welcomed with respect, compassion and sensitivity, according to the catechism of the Catholic Church, which also adds an expectation of celibacy.”

Why should anyone apologize if a “message caused contention”  when that message is the truth?  How about defending the truth?  Nothing said in his sermon was against Church teaching.  There was no need for Fr. Roman to bow to the local cancel culture judges who believe they have the right to dictate what Catholics believe.  Some have questioned whether or not Fr. Roman may have been pressured by others in the Diocese, including Bishop Hurley, to apologize for preaching Church doctrine.

If Fr. Roman states that “LGBTQ members are to be welcomed“, does that include altar servers, lectors, CCD teachers, etc.?  It has always been Church teaching and practice that ANY person can attend and seek membership in the Catholic Church; in fact, it is one of the primary responsibilities of the Church to welcome people and bring people into the fold of the Church.  But this welcome is based on these individuals accepting the teachings of the Church and living in communion with these teachings.  Often this requires conversion and repentance for the individual in order to turn away from behavior that is contrary to God’s laws.  Catholicism is not a theological buffet where one can pick and choose what one wants to believe.  If a Jew believed in Jesus Christ, would that Jew remain a Jew?  If a Moslem believed in the Trinity, would that Moslem still be considered a believer of Islam?  If a Catholic believes abortion and homosexuality are OK, are they still considered to be in communion with the Catholic Church – of course not!  One should not receive Holy Communion in the Church if you are not in communion with the Church.

Nobody should be coerced into accepting a belief system that is contrary to God’s law.  No Catholic, including most significantly the clergy, should be ashamed at expressing the teachings of the Church.  All people are welcome in the Church; but not all practices (homosexual “marriage”, abortion, polygamy, racial segregation, among others).  Without moral absolutes, there is no Church.

Please pray for Fr. Roman and all of the priests of our Diocese that they have the courage to stand up for the truth.