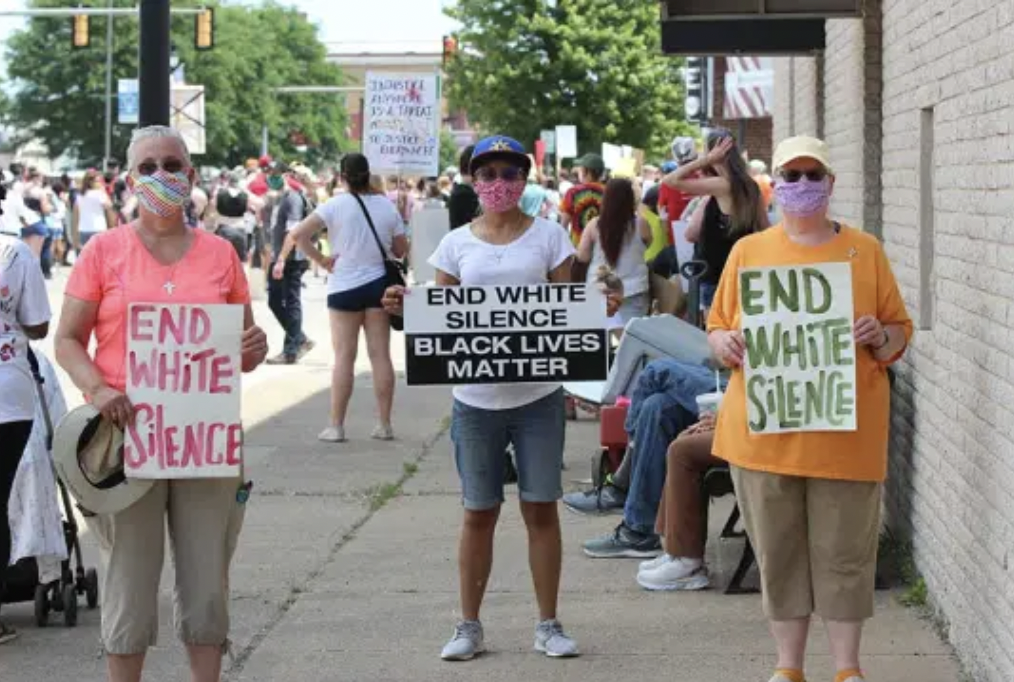 The Diocese of Gaylord is promoting a retreat (Explore God’s Call) for women sponsored by the far-out-there Sisters of Providence of Saint-Mary-of-the-Woods. They are a dying order of political activists, like so many of the religious orders in the United States which have had the distinction of seeing a 90% reduction in vocations. A brief overview of this religious order confirms our recommendation that no serious Catholic woman would want to attend, except perhaps as a post-Lenten sacrifice.

Let’s start with their mission statement: The Sisters of Providence are a community of Catholic women religious who collaborate with others to create a more just and hope-filled world through prayer, education, service and advocacy. It sounds pretty harmless until one realizes that God is not mentioned once.

But it gets worse. Their website flushes out what is mentioned in their mission statement with regard to a “just and hope-filled world” created through “advocacy”.  Let’s see what these sisters are up to:

Sister Emily Tekolske is sponsoring a series of workshops entitled “Racial Wealth and Income Gap“. She is the author of “Join the conversation: systemic racism and wealth, discussing across divides”. Sister Tekolske is a member of Network, which she describes as “the Catholic social justice lobby of Nuns on the Bus fame”. As a reminder, Nuns on the Bus is a group of so-called religious sisters that drove across the country lobbying for Democratic candidates in the 2016 and 2020 election. Nuns on the Bus was started by Sister Simone Campbell in 2012. Sister Campbell spoke at the 2020 Democratic Convention in support of Joe Biden and stated she couldn’t discuss abortion because it was above her pay grade (Source: https://www.breitbart.com/2020-election/2020/08/29/denver-archbishop-election-about-seriousness-abortion/).

Last December, another Sister of Providence, Sister Paula Damiano, led a workshop on a Muslim mystic. It was described as “exploring the life of Rumi, a 13th-century Persian poet, faqih, Islamic scholar, theologian and Sufi mystic.” Her fascination with this non-Christian was voiced by her in the following manner: “He certainly was a prolific writer, as were and are many of the mystics. We could never cover ALL of his writings,”Sister Paula said. “Rather, I’ll focus on those that seem to best express his relationship with the Divine.” Move over St. Theresa of Avila, we’re gonna get an Imam instead!

The Sisters of Providence of Saint-Mary-of-the-Woods recently sponsored Stations of the Cross with a twist: a Virtual ‘Way of the Cross for Justice’ was organized. It is described as follows: “During the hour-long service, which will take place virtually this year, those participating will recall Jesus’ journey to the cross while uniting His path with the many justice struggles we face today.” No need to focus on Christ’s passion – we need to add justice (racial, political, monetary, social) to the mix.

Last but not least, after attending a session on racial income gaps and a Way of the Cross for Justice, it’s only a hop, skip, and a jump away to the labyrinth. If you don’t know how to use it, not a problem. You can sign up for a session described as follows: “Labyrinths have been used for meditation and prayer and are also tools for inward journeys and self-reflection. During the workshop, join facilitators Sister Paula Damiano and Sister Connie Kramer as you learn the origins of the labyrinth and receive suggestions about walking the sacred path of the labyrinth at Saint Mary-of-the-Woods.” Sister Connie states that “mindfully walking a labyrinth has always helped me not only to focus on what I need to let go of in my life, but also to become aware of any new insights the Spirit of God wishes to share with me to help me to move on in my life in some new way.”

Although labryinths have had a penitential use in the Church in times past, labryinths are now used as pagan worship portals that should be avoided.  A great review of what modern-day labyrinths are all about can be found here. Here is an excerpt:

“The origin of the labyrinth comes from King Minos of Greek mythology who created the first maze as a prison for a wayward minotaur. It has been used ever since as a religious symbol and spiritual tool by a variety of pagan cultures such as the Mayans, Celts, and Native Americans.

The first “Christian” labyrinth appeared in a fourth-century Basilica in Orleansville, Algeria, which contained the words “Sancta Eclesia,” indicating its use for religious purposes. The most famous example can be found at the Cathedral of Chartres in France, which was constructed in the thirteenth century and allegedly used by Christians as a substitute for going on pilgrimage to Jerusalem during the Crusades.  However, the labyrinths in use today are not even remotely associated with these Christian labyrinths. Today’s version was popularized by an Episcopalian canon and New Age devotee named Lauren Artress who describes walking a labyrinth as a “way to find healing, self-knowledge and our soul assignments and to continue weaving the Web of Creation.”

In her writings about the labyrinth, Artress reveals her feminist disdain for the God of the Bible. Instead, she refers to “the Source,” “the Sacred,” and “the God within,” which she claims has been “destroyed through centuries of patriarchal domination, through fears of creativity and of the traits associated with the feminine.” Artress says she prefers this “Source” to the transcendent God “out there” who “keeps track of whether we follow the rules.”

She also says that Jesus as the Christ is too often not helpful because he is closely tied to the patriarchy. Instead, she calls people to the more inclusive “Father and Mother God” and “The Greening Power of God, the Holy Spirit in all Her mystery,” who is found in the “power of The Divine within.”

Artress openly admits that neopagan journalist and Wiccan priestess, Margot Adler (author of Drawing Down the Moon) and New Ager Jean Houston, one of the founders of the Human Potential Movement, influenced her modern labyrinth movement.

Such a firm New Age foundation certainly explains why the emphasis for labyrinth walkers is always upon the self rather than on God.

Knowing the belief system of the creator of the modern labyrinth movement hardly makes this so-called “meditation tool” very appealing to Christians. But this doesn’t stop retreat centers in need of the Christian market from presenting the labyrinth in ways that will appeal to them.”

This is just a sampling of what the Sisters of Providence of Saint-Mary-of-the-Woods are all about.  You can find more on their website. (Warning: objectionable content may make the serious Catholic develop severe headaches, nausea, or both.)

There are many good and holy activities to which faithful Catholic women can avail themselves. Then why is the Diocese promoting the Sisters of Providence of Saint-Mary-of-the-Woods?