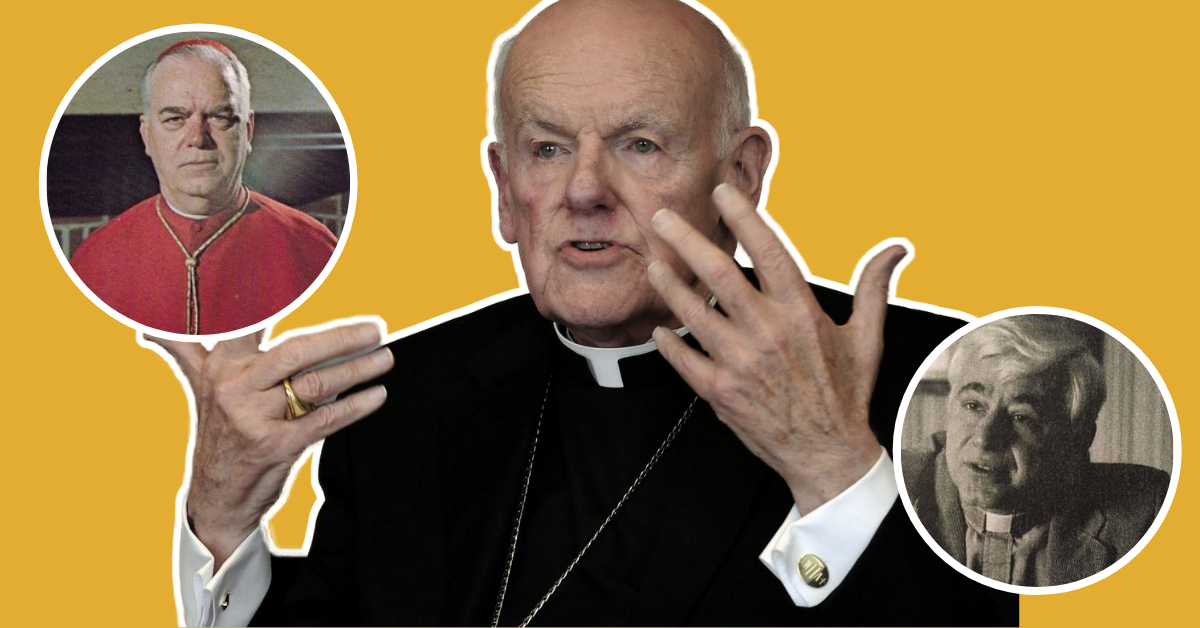 This year marks the 50th anniversary of the Diocese of Gaylord. In the May/June issue of the Diocesan magazine Faith along Michigan’s 45th Parallel (also known as Fluff along Michigan’s 45th Parallel), Bishop Walter Hurley highlights the prayer offered by disgraced Cardinal John Dearden during the dedication of the Diocese. The prayer was authored by the even more disgraced Bishop Kenneth Untener. Bishop Untener is known for his desire for women’s ordination. He was widely quoted as stating that if he could not ordain a woman to the priesthood, he would not ordain a man. True to his word, during his final days as bishop, he ordained no men to the priesthood in the Diocese of Saginaw. Both of these bishops played an instrumental role in covering up clergy sex abuse in their respective dioceses. Furthermore, Cardinal Dearden was the moving force behind the installation of numerous awful bishops to various dioceses throughout the Midwest, including Bishops Cooney, Bernadin, and Weakland, just to name a few. The collapse of the Archdiocese of Detroit, at one time home to 400 parishes in 1990 and now in the process of downsizing to less than 100 parishes, can be traced back to the corruption of Catholicism by Cardinal Dearden dating back to the 1960’s.

Like a scene out of Scrooge, Bishop Hurley reaches back to these outdated, heterodox clergy to commemorate the establishment of the Diocese of Gaylord. We hope that the Diocese will be remembered more for its patron, our Holy Mother, as well as numerous holy priests, religious, and faithful, than these individuals.