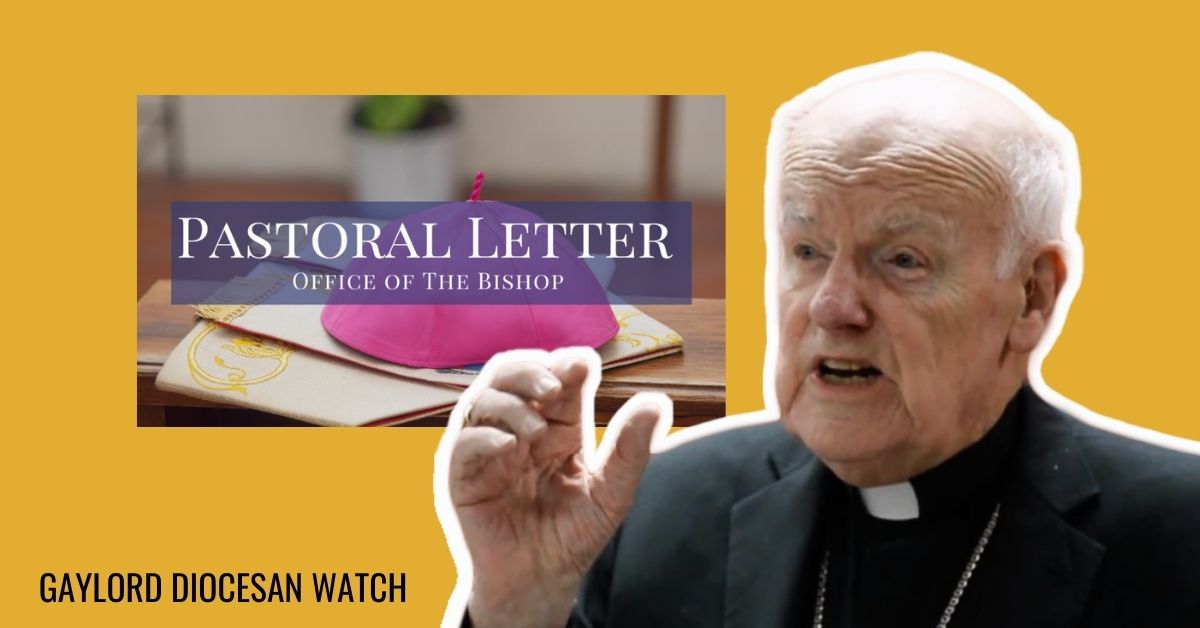 During this past week, Bishop Hurley wrote a Pastoral Letter reflecting on the Diocese of Gaylord over the past year.  This can be read in full here. Filled with compliments and vague concerns, it included the following:

“While it certainly is true that many have returned to in-person worship, there are many more to be welcomed back. We need to be concerned about that and extend a warm welcome to all.”

Bishop Hurley thanks donors for money given to the Seminarian Education Fund, but he fails to explain or discuss the lack of vocations in the Diocese.  Since he has taken over as the activist Administrator of the Diocese, vocations have fallen off and seminarians have disappeared with no explanation for their leaving the seminary.  This is despite thousands of dollars donated to these men.  Why did they leave?  Do they repay the Diocese for their education if they fail to be ordained?  Did the Diocese not adequately vet these individuals before accepting them for seminary training?  Who is responsible for the failure of a seminarian to be ordained after spending thousands of donor dollars?

Bishop Hurley also alluded to the lack of priests in the Diocese:

“…we have had to scramble in a few of our parishes where priests have contracted the virus and could not celebrate Mass or perform their other priestly duties.”

Bishop Hurley would benefit greatly from looking at this Diocese and addressing major problems and challenges in the Diocese.  Let us continue to pray for a good bishop for the Diocese of Gaylord.