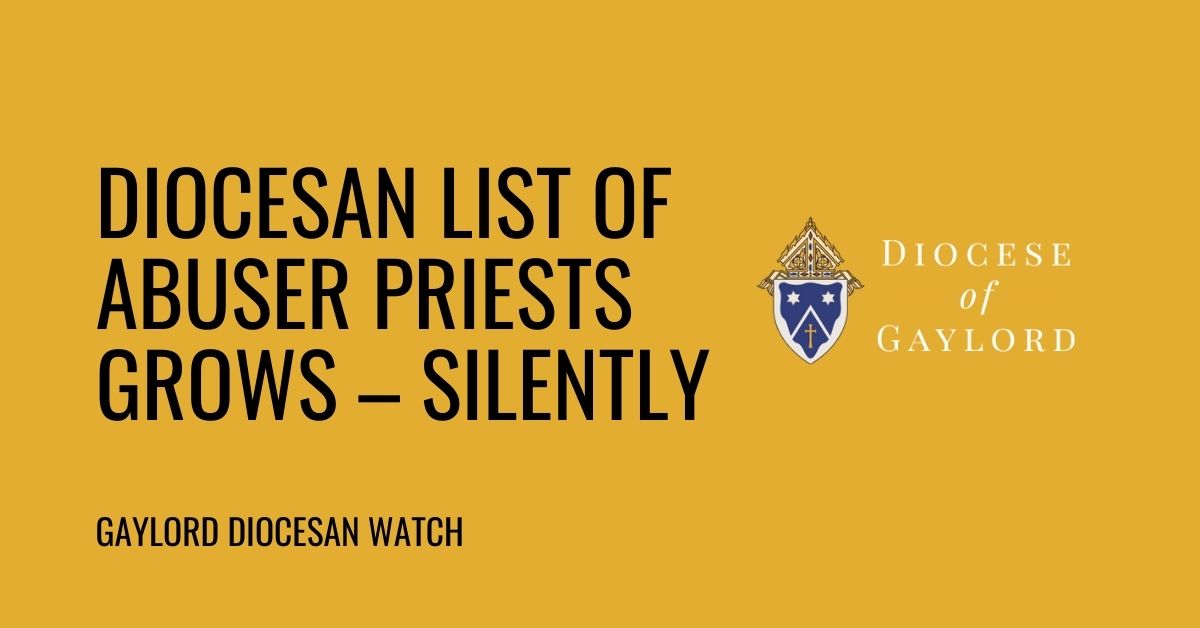 A member of the faithful informed us this week of additions to the list, “Clergy Credibly Accused of Sexual Abuse of Minors in the Diocese of Gaylord“.  Without any notification, the list was quietly updated earlier this year.  Included in this list is Father Wilbert Hegener, OFM, a Franciscan priest who was assigned to St. Francis Church in Petoskey for many years.  This comes as a shock to many in Petoskey, as he was known for his orthodoxy and leadership at St. Francis.  One parishioner described him as a “solid priest”.  Another stated that “he’s a hero to me” with regard to his faith journey.  Unfortunately, the priest cannot defend himself as he is deceased.

It is also interesting to note that his name came up after the list was developed.  Why now?  What allegations are there?  Why was there no announcement by the Diocese when this list was updated?

It is also concerning that Father Dennis Stilwell was not found to have sexual abuse allegations found against him even though there was more than one witness to the allegations.  During the investigation, Fr. Stilwell was not removed from ministry as is noted to be consistent practice when an allegation is being made.

We will continue to monitor this situation.  Please pray for holy priests and for their fortitude to withstand temptation to sin.