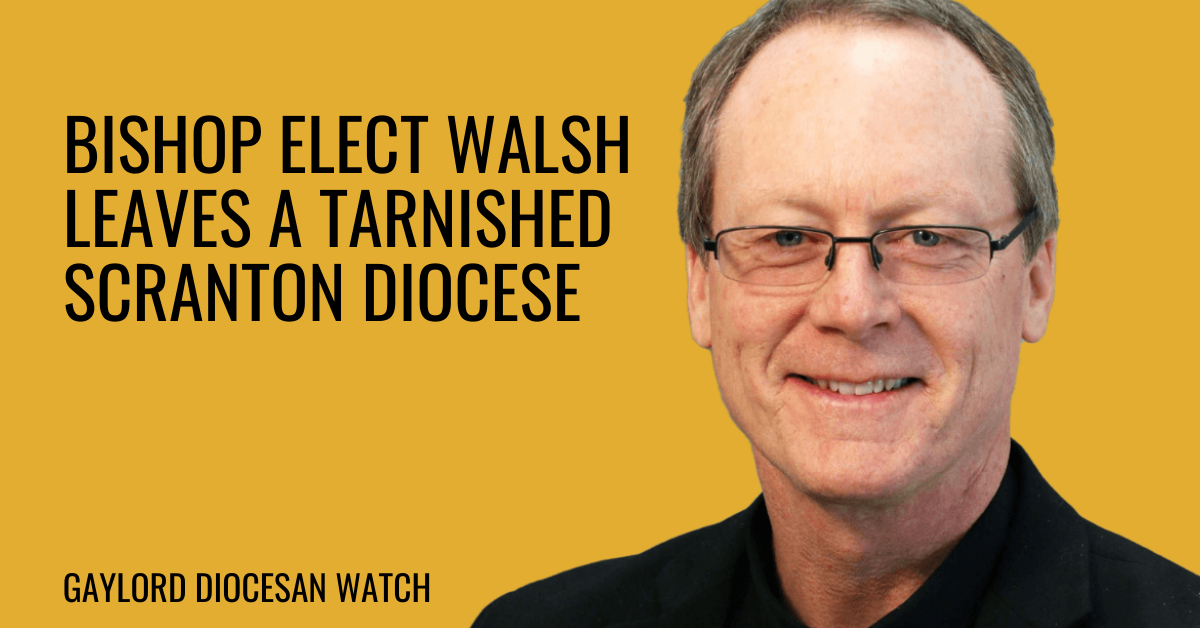 Pope Francis chose Father Jeffery Walsh to be the next bishop of the Diocese of Gaylord. The announcement was made last week.

Fr. Walsh comes from one of the most corrupted dioceses in the United States. The Diocese of Scranton has been rocked by a series of sexual abuse scandals among its clergy. Many of these scandals involve the leadership, or lack thereof, regarding the current Bishop of the Diocese, Bishop Joseph Bambera.  Just one example includes charges against Fr. Greg Loughney, who found soliciting young boys for sexual favors. Despite a track record of inappropriate behavior as a seminarian, including stealing money from the North American College Seminary in Rome, as well as allegations that Loughney had a boyfriend, Loughney was ordained a priest by Bishop Bambera in 2011. He was then made Assistant Vocations Director and scout chaplain.  He was also made a pastor by Bishop Bambera.  After Loughney was charged with soliciting underage males, he was removed from ministry following significant negative publicity. This is just one illustration of a series of corrupt activities from the Diocese of Scranton. Other allegations of sexual misconduct have also sprung up under the leadership of Bishop Bambera, whose lack of leadership on the issue had dubbed him by some as “Bishop Bambi”.

Bishop-elect Walsh therefore leaves the scandal-ridden Diocese of Scranton in the wake of allegations against Fr. Bryan Medlin in the Gaylord Diocese. On the day after the announcement of Bishop-elect Walsh, the Diocese released a belated statement regarding Fr. Bryan Medlin, who is accused of inappropriate text messaging to minors. Like Fr. Loughney, Fr. Medlin as been the Assistant Vocations Director for the Diocese of Gaylord.