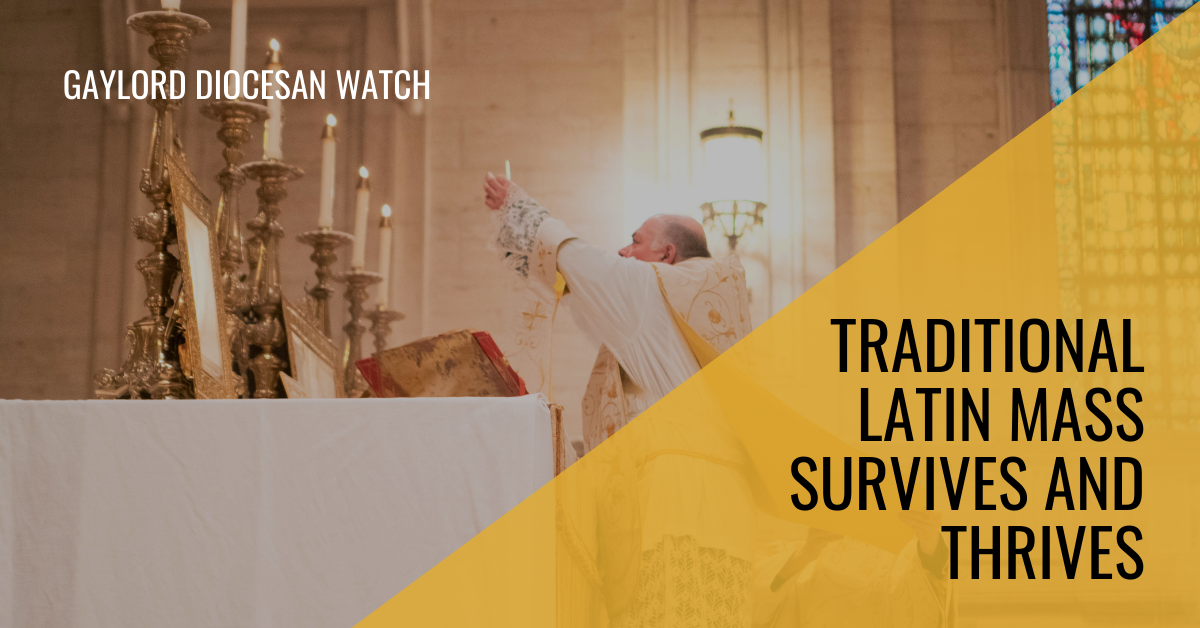 Parishioners of Holy Rosary Church in Cedar (on the Leelanau Peninsula) breathed a collective sigh of relief when Father Donald Libby, pastor of Holy Rosary, announced today that the Traditional Latin Mass will continue to be regularly offered at the parish.  For weeks, concerns were being expressed regarding a meeting of Fr. Libby with outgoing activist Administrator Bishop Walter Hurley regarding the Traditional Latin Mass.  This meeting was in response to Pope Francis’ limitations and strangling of the Traditional Latin Mass in his motu proprio Custodis Traditionis.  Although most dioceses in the United States have chosen to keep the status quo with regard to parishes providing this Mass, it was not clear why a meeting was going to take place with regard to this issue as Bishop-elect Jeffrey Walsh will be installed as the next Bishop of the Diocese within a month.

Most Catholics in the Diocese of Gaylord do not attend the Traditional Latin Mass.  However, those who do are often extremely active in the parish, have large families, and disproportionately produce vocations to the priesthood compared to the majority of non-Latin Mass goers.  Fr. Libby described the decision as “an answer to prayer”.  This may be a hopeful sign for the new Bishop, as keeping the status quo could signal input from the new Bishop to continue the beautiful form of the Mass that has been gaining in popularity worldwide and, notably, among those under the age of 40.