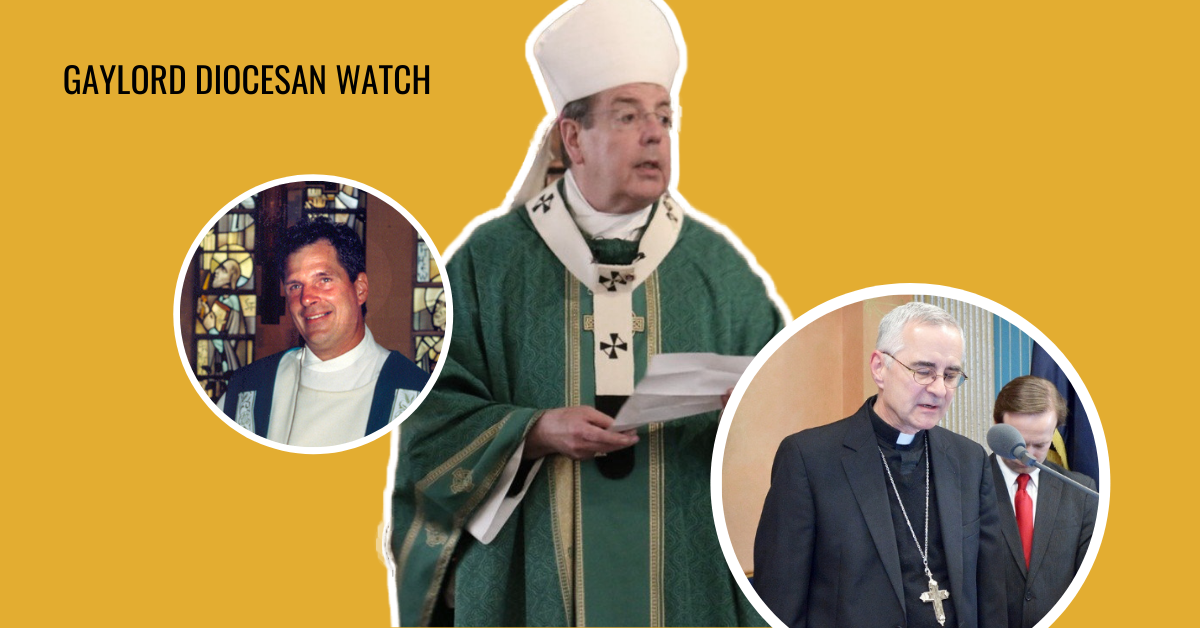 A group of dedicated Catholics in the Birmingham, Alabama Diocese recently submitted a Vos Estis complaint against Bishop Steven Raica, former Bishop of the Diocese of Gaylord and now the Bishop of the Diocese of Birmingham.  A Vos Estis complaint is based on Pope Francis’ 2021 Directive, Vos Estis, which encouraged concerned parties to submit complaints regarding clergy who in any way participated, aided, or abetted those involved in any form of sexual abuse.  The full document is available here.

The procedures for this type of review are deeply flawed, as clergy are in charge of reviewing the complaint(s) of fellow clergy.  In many cases, the clergy involved in the complaint may have been ordained, assigned, or recommended to a position by those reviewing the complaint.  This, of course, leads to a significant conflict of interest.  With regard to clergy sex abuse, such an arrangement is a major factor in the continued scandals in the Church which have led to a host of consequences, including but not limited to, decreased vocations, loss of attendance at Mass, loss of Catholics to protestant denominations, suicides of sex abuse victims, and the payout of billions of dollars by dioceses across the United States and the world to victims of clergy sex abuse.

Nonetheless, a group of concerned Catholics filed a Vos Estis complaint regarding Bishop Raica’s mismanagement of the James Holtz scandal.  Fr. James Holtz was removed from ministry in 2002 due to his admission of abusing a minor.  Despite this, after Holtz was removed from ministry he was found to be working as a sacristan (for years) helping altar boys at St. Francis Xavier Church in Petoskey.  He was allowed to work in this capacity by the disgraced pastor at the time, Fr. Dennis Stilwell, who was credibly accused of sexual abuse by fellow priest Fr. Matthew Cowan.  Bishop Raica was made aware of this situation but failed to remove Holtz until pressured to do so many months later.

The response to the Vos Estis complaint by Archbishop Allen Vigneron is as follows:

In accord with the norm of law, your concerns were thoroughly reviewed, and it is my determination that the concerns you brought forward do not qualify as a matter to be considered under Vos estis.  Article 1 of Vos estis sets further the precise scope of applying the Holy Father’s motu proprio, and none of the matters you raised fall within that narrowly defined scope.

The letter then adds a bizarre additional piece of information:

Regarding the information in your letter pertaining to the now Mr. James, Holtz, I would like to provide some additional information that we discovered as part of our review.  In 2011, Mr. Holtz was arrested, and criminal charges were brought forward by the St. Joseph County Prosecutors Office.  Mr. Holtz pled guilty and is listed on the Michigan Sex Offender Registry.

There’s only one problem with that statement:  it isn’t true.  Fr. James Holtz is not listed on the Michigan Sex Offender Registry as he was never found guilty in a court of law.  Holtz admitted to his wrongdoing years after he perpetrated the crime and after the statute of limitations for prosecuting the crime had passed.  There are three people with the name James Holtz on the Michigan Sex Offender Registry.  Not one of them is the former Fr. James Holtz.

The letter goes on to state the following:

Mr. Holtz does appear on the list of Clergy Credibly Accused of Sexual Abuse of Minors in the Diocese of Gaylord and was laicized in 2021.

This twisted set of data is almost impossible to follow.  In summary, a group of concerned Catholics entered a Vos Estis complaint against Bishop Steven Raica in accord with the Vos Estis document.  Their complaints are legitimate and are by many objective readers completely in accord with Vos Estis.  Nonetheless, their complaint was shot down by Archbishop Allen Vigneron.  Bishop Vigneron then goes on to falsely identify Holtz with another James Holtz on the Michigan Sex Offender Registry, stating that this was “additional information that we discovered as part of our review”.

Why was this false information put in the Vigneron’s reply?  Is it just plain incompetence?  Or does someone at the Archdiocese have an axe to grind with Holtz (maybe a former lover?) and therefore further besmirch the already compromised reputation of Holtz?  Regardless of the motives behind the false information, the competence of the Archdiocese of Detroit and Archbishop Vigneron is now in question.

Coupled with the late laicization of Holtz, the question of competence becomes an erosion in trust, once again, for hierarchy tasked with the job of shepherding and protecting the flock of faithful under their care.  Gaylord Diocesan Watch, in concert with Birmingham Diocesan Watch, will continue to monitor this situation.  We are thankful for the work of Birmingham Diocesan Watch in pursuing this issue. They have comprehensively listed their documentation regarding this disgusting affair on their website.  Please pray for our clergy!