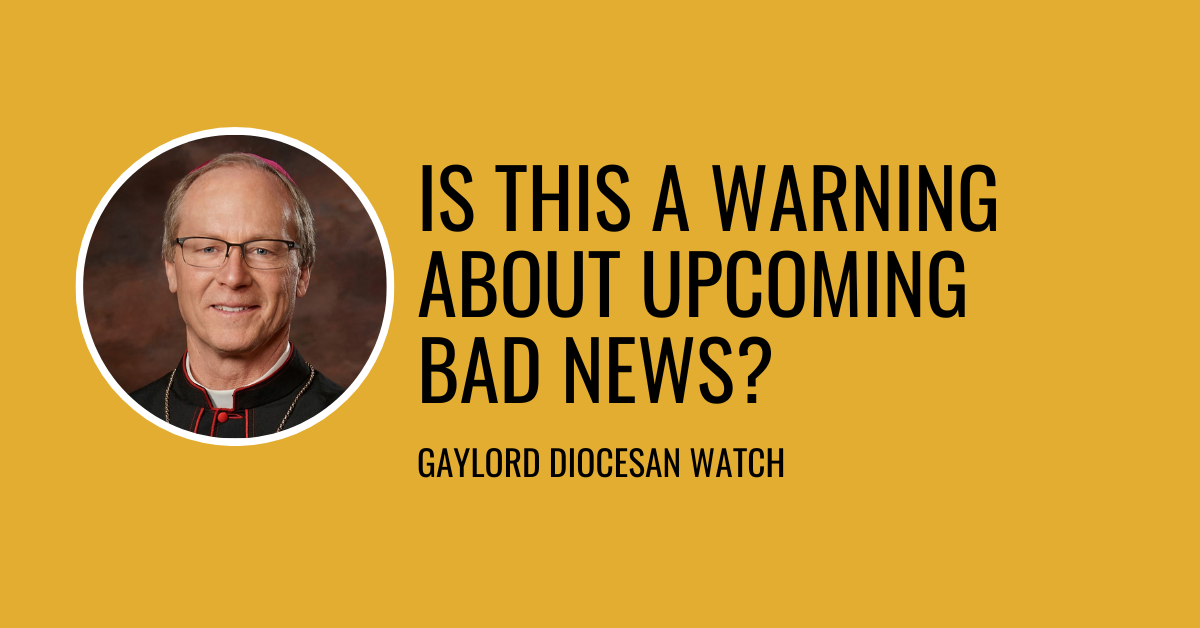 It has been 20 years since the scandal of sexual abuse of minors (and others) by clergy in the United States was widely publicized.  In response to this scandal, the hierarchy of the Church proceeded to do what they do well – make pronouncements, hold meetings, and pay out money (not theirs) to victims in an attempt to make the issue go away.  One of these bureaucratic fruits was the Charter for the Protection of Children and Young People, also called the Dallas Charter.

Last month, Bishop Walsh commented on the Charter and reflected on these past 20 years since this Charter has been implemented.  He stated the following:

“The diocese remains strongly committed to ensuring that safe environment training and protocols are in place for those serving in ministry.”

That’s news to us.  The handling of the sexual abuse allegations against disgraced Fr. Dennis Stilwell are not consistent with this statement. Maybe he is referring to the situation in the Diocese since he took over leadership.  Furthermore, the U.S. Bishops’ Secretariat for Child and Youth Protection Releases Annual Report, released this month and also commented on by the Diocese of Gaylord, shows a troubling continuation of horrible abuse perpetrated by clergy and other personnel in the Church.

In what some are considering a very ominous statement, Bishop Walsh also stated the following when discussing the 20 year history of the Dallas Charter (emphasis added by Gaylord Diocesan Watch) :

“In 2018, the Michigan Department of Attorney General (AG) launched an investigation into Catholic clergy sexual abuse throughout the State of Michigan. The Diocese of Gaylord, along with all dioceses in Michigan, have fully supported this investigative work in order that accountability be upheld. When the AG’s report from this investigation is ultimately released, there will be difficult days that follow. Trusting in God’s Providence, justice will be served to those who have abused, while faithful priests, bishops and lay leaders, with a clear conscience, continue to love and serve the people of God.”

Does this mean that there will be more damaging information regarding the Diocese than what has been given to faithful Catholics of the Diocese?  Why must we wait for a governmental agency to inform us of wrongdoings in the Diocese?  Would it not be more constructive to be transparent before secular authorities expose problems?  Is the Diocese hiding something?  We will continue to monitor this situation closely.