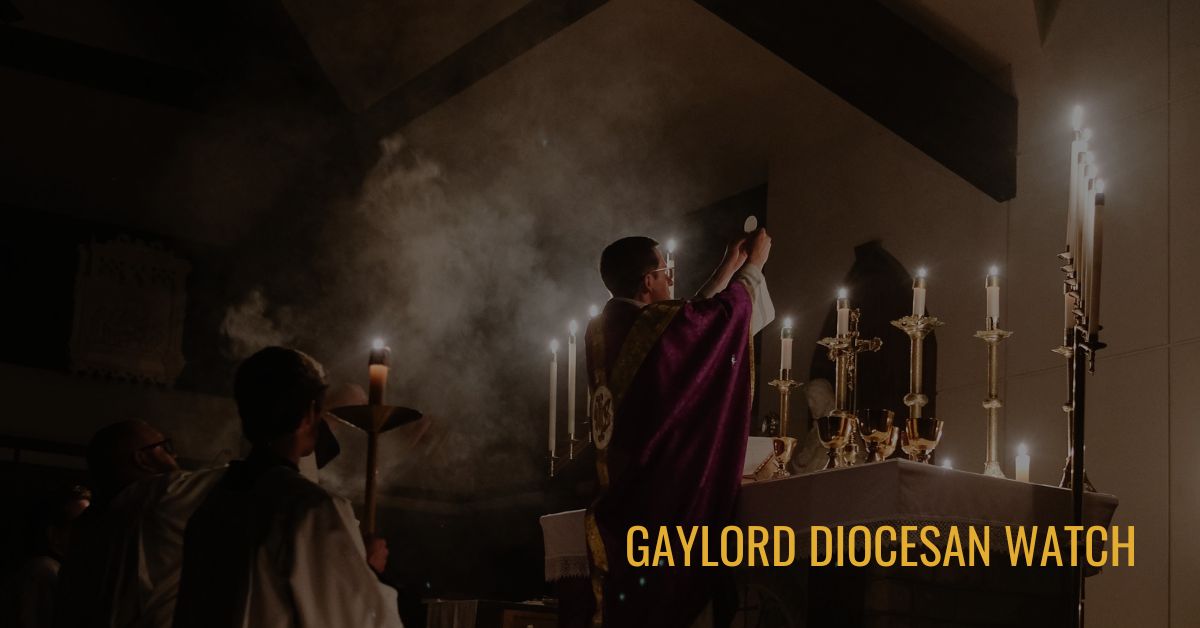 We recently reported on a group of young men from the Gaylord Diocese interested in the priesthood.  Of these five, four of them came from one parish, ie, Holy Rosary Church in Cedar.  We described the possible reasons for this lopsided representation, including participation the the Traditional Latin Mass.

We have learned since then that the fifth young man interested in the priesthood is a regular attendee of the Traditional Latin Mass in Elmira.  Therefore, what all of the current five prospective seminarians of the Gaylord Diocese have at this time is regular exposure to the Traditional Latin Mass.  It seems as if this form of the Mass inspires young men to consider the priesthood, possibly in a more significant way than the Novus Ordo Mass.

These issues are not particular for just our Diocese.  Across the United and States and in many other countries, the challenge of vocations is a real crisis.  Please continue to pray for good vocations.